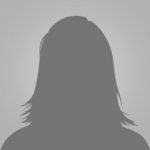 Myself Anjana Kanara. Working as staff nurse in Nair Hospital. I was suffering from heavy menses, severe abdominal cramps and low HB due to multiple uterine fibroid which were large in size... I was been already operated for multiple fibroid by two leading gynecologist in India in Vapi, Gujrat in 2000 (Myomectomy).. Believe me two leading doctors operated on me at same time. After that 2 Cesarean Sections and this was my fourth surgery.. I was not willing for the surgery as it was complicated with previous 3 surgeries and huge size of uterus with multiple fibroids..

I had consulted so many people and even I took Ayurveda and homeopathic treatment, just to avoid another surgery, but it couldn't work; so when i went to DR NIRAJ MAHAJAN he convinced me for the hysterectomy surgery as I was suffering a lot form fibroid. Size of my fibroid was more than football and they were multiple. Any one can see it in the image I had provided with this Blog-Post. I had full confidence on him, as I worked with him in his operation theater and for me he was and is a best surgeon VERY FAST N QUICK DECISION MAKER. So he operated on me (hysterectomy) all alone without any other gynecologist helping him at the time of surgery. Before the surgery I had suggested him to operate me in slow motion as I knew he is very fast.

Same day of my hysterectomy surgery I had full diet and could walk with him in evening as he routinely do for all his patients. And on the third day of surgery i got discharged; the least u would expect from a major surgery with all these problems. Now I am very happy and living stress-free life, join on duty and enjoying my life; dancing etc, n one more thing i would like to share after 10 day of suture removal i went for roaming in Rajasthan.

No blood loss, no heavy menses, no pain, no taking leave from work during menses, everything is changed now. So i m very much thankful to Sir from bottom of my heart, Sir all my heartily wishes to u in ur future. I am hearty thankful to DR NIRAJ MAHAJAN for his successful hysterectomy surgery and best advice.